I’m starting to think I pissed off the immunity gods. Stomach bug or something. Have spent the day in bed and cancelled my trip to Birmingham tomorrow.

Box biked to Reid Park with Lukas and then warmed up for the race. Some strides, some jogging to a more distant bathroom with no lines, and then some leg swings. And lots of stopping to chat with people.

Annual 5k race at Reid Park, two good cross country loops around the park, hitting all of the little hills and with hay bales for fun. Usually there's also a water pit but they didn't do that this year... I guess because of covid.

This is not exactly a fast course, with lots of turns, some short, steep hills, and all on grass/dirt/gravel. It's still a bit of a shock to be this slow, though! Amazingly I seem to have paced it okay-ish, a bit faster than 8 for the first mile and a bit slower for the second and third, and then a nice kick for the finish. But it didn't quite feel right, presumably because I'm just really out of practice for racing.

Melissa ran, too, and she had a great run! She's supposed to be training for a trail half marathon in February and let's just say she's hardly gotten started. Today went really well, especially given her lack of training, so I think she's been grossly underestimating her current level of fitness! Her coach has taken notice.

Lukas and Mormor were there to cheer and play at the playground. 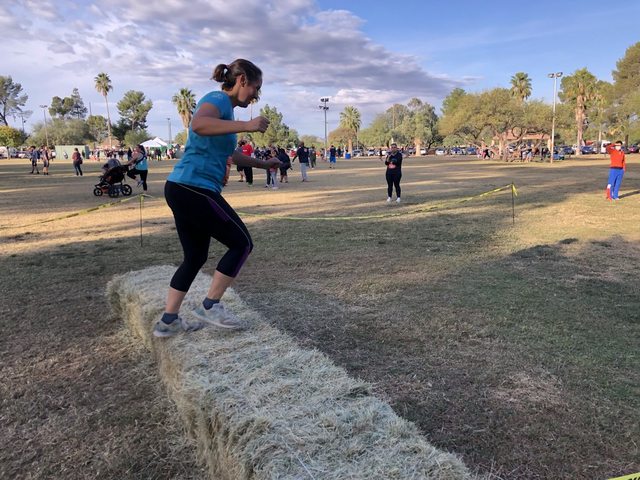 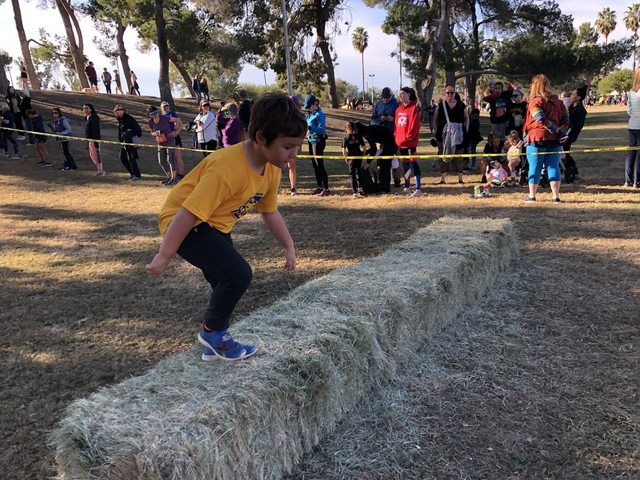 Erik the Swede looking faster than he felt. 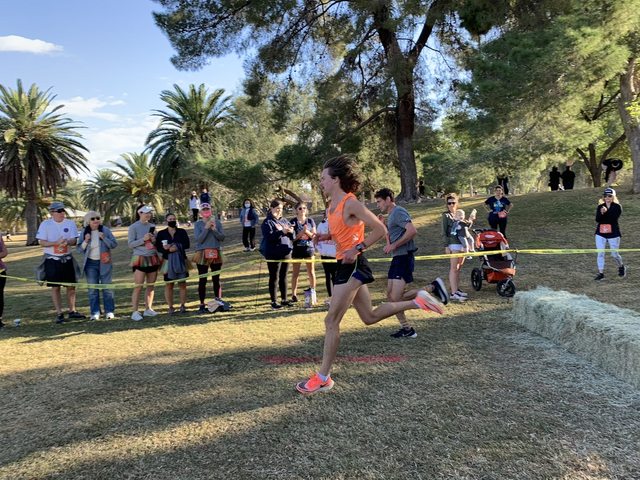 Michelle, Robin, and I wore the same WOG shirts and looked cute. 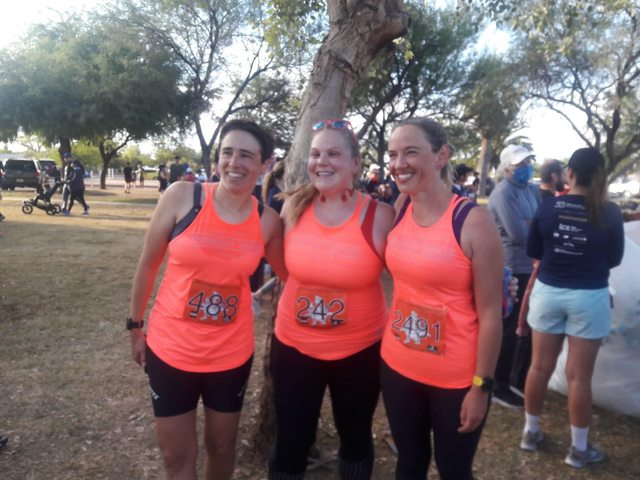 Most of the pictures of me from the race show a pained face, out of shape body, and lumbering stride, but this one I screenshotted from the official photographer came out a bit better. 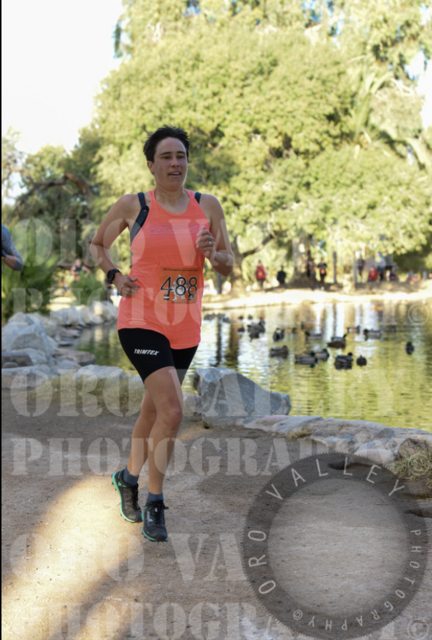 I did not get much of a proper cool down, too many people to talk to and chasing after Lukas, watching the men's race, etc. I did re-discover the reason why I have hardly worn these shoes—they chew up my left heel! Ugh. I knew there was a reason why my other X-Talons were so well worn (most of the rubber studs (?) are falling off or gone) but I went with these because I figured they needed to be broken in some time. Bummer!

To campus again, since I'm no longer considered germy.
4 PM

Short workout tonight for those of us racing on Thursday. I rode my bike there so I had a short warmup, and then 4x400 w/ 200 recoveries. Intended to be 5k pace. First two were about 1:45, second two 1:40 or a bit quicker. So, aspirational 5k pace but it didn't feel terribly difficult—this wasn't all-out, bent over gasping work.

Short cooldown back for WOGsgiving, where there were a lot of clothes to be had for a trade. I may have inadvertently increased the size of my WOG + Run Tucson t-shirt collection. At least they are all from vintages I do not yet have.

Went for a short hike at Sabino Canyon with Melissa and my mom. It was not as warm as it has been and there were a bunch of clouds, but it was still probably not a great idea to go in the middle of the day.