Warmed up on the gravel trail (my right knee especially needs this), then Roundabout to Roller Coaster, back on Roundabout, and over to Extra Credit before returning to the north side and Fun Stuff x 2.

AOWN: a brown thrasher or wood thrush (brown, robin-sized), two squirrels, and a calling bird. No other bikers when we arrived, though there were a few folks using the trails for hiking/walking. Saw some bikes whil we prepared to leave.

Curly horse neighborhood and Hopewell Park. Two killdeer, four ducks, a few red winged blackbirds, and a ton of swallows at the park. Low 60s and cloudy, some breeze.

Another rest day. Had my ophthalmologist check out a bunch of new floaters in my right eye. Old eyes.

To start of QOC Fountainhead advanced courses. Temp was in the low 50s at start again, but no rain this morning.

QOC Fountainhead West, Brown course by Vido Aleksiev, 4.7km, 190m climb nominal, though AP doesn't show me with that much climb. What a totally different map from yesterday...lots of trails, and readable contours!! Okay, so that meant courses went up and down and up and down, but I never had to pace count today.

Good routes and pace (for me) up through 5, but then I had trouble interpreting trail on the way to 6 and took a detour. Once I relocated I found the wrong reentrant/ditch and corrected to the next one over (with the help of other Oers in the vicinity). A short leg, though with contours in between, was probably doable in about 5 minutes or so but took me 11:39; 6.5 minutes lost.

I was a bit high going down the reentrant to 8 and crossed through a gully rather than to either side of it, but had no trouble finding the correct ditch (5 of the 14 controls were "top of ditch," 6 others were "top of reentrant").

At 9 I crossed the gully to the flag, which was hung on what appeared to be a dead tree trunk, about 3-4" in diameter, that had broken off its base. When I arrived it was leaning against a larger tree, but when I went to punch I knocked it down, so I took the time to stand it up again, slipping on the middy sides of the gully. Very comical.

I messed up the attack for 11, leaving the trail much too early and going down the wrong spur before figuring out what I had done and correcting. Lost about 1.5 minutes.

From 12-13, I thought I'd take the "white woods" downhill from a blob of green vertical slash and then climb late, rather than climb to the trail which wound around a couple of spurs. The lake level, however, is probably much higher than mapped, I think, and I got caught either *in* the green slash, or in some unmapped dark green (downed trees and scratchy vines) downhill from it. In any case, I managed to survive this bad route choice but got scratched up and may have touched some poison ivy trying to extricate myself. Lost 4-5 minutes on that poor choice.

I was happy to finish and find all the controls today, though I didn't do them all well.

Thanks to QOC, especially Amy and Valerie (timers extraordinaires), the course designers, and the setters/vetters/control collectors.

Route Gadget for the day's courses. My track doesn't quite align with the trails but I did take some trails where warranted; probably should have used them for other routes as well.

We've had two excellent (takeout) dinners here in Rockville, from:
Fontina Grill (Italian) and Farmsook Thai. Brought food back to the room and ate here. Yum. Both highly recommended.

Parking to Event Center/Finish of TT Middle. Dropped off a bag with change of clothes/water, etc. for after race. Had a plastic bag to put it in in case of rain, which was a good thing as there was apparently a bit of hail (which I missed).

I forgot to wear my HR strap, so that data is likely bogus.

From Event Center to Start, with a missed turn

TT Red Middle course, 5.3 km, 55m climb, on the Hoyle's Mill map in Germantown, MD. Temp in low to mid 50s with chance of showers still in the forecast.

Very, very challenging terrain with subtle contours required skills I don't use as often--pacing and bearings. I did fine through the first 9 controls (I forgot to take a split at #1) being close enough to the line to see a flag when I'd gone the proper distance. Glen started before me but had a bit of an error on #1 and passed me on the leg to #2. Rick Worner passed me on the way to #3, and I saw Linda K ahead of me leaving #9.

Then I managed to mess up the bearing and lose count on the pacing. I hit rock features about where they should have been (a bit more than halfway through the 600m leg), but I couldn't identify which rocks they were. Once #10 didn't show up where I hoped it might be, I had no idea where I was, and attempted to head for the stream to relocate but it took some time before I saw something I did recognize, the house/private land WSW of the last control. By that point I'd already been out over an hour and a half, and decided to head on in, getting the last control on the way. Anyone who navigates this stuff successfully deserves to be on the Team!

I wore both a long sleeve Techwick shirt and a short sleeve O shirt over it, which was almost too warm, but I was glad I had them on the leg from 8-9 when I heard thunder and felt some rain and a temperature drop. Apparently it hailed some at the finish, and enough at the parking (a couple miles north of where I was, or less) to cover the pavement...Wyatt said you could have skied across the lot, if you had skis.

Happy I managed well for the first 9 controls, anyway! Tomorrow's Brown course won't be quite as long but will have more climb.

I picked up a fleece jacket(?) on my way to the road from 8-9, and dropped it by the side of the road, figuring someone might pick it up from there. No mylar balloons.

Finish to parking, where I forgot to stop my watch, so there's extra 0 time included in the track. 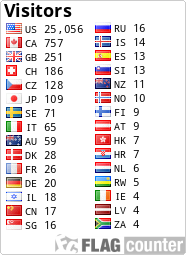