I knew the stated climb of 165m was wrong before even seeing the course. That's just not possible at Fountainhead, and I was right. There's always a lot of climb here, but I still decided to run Green. I made two bad route choices, to #1 (I wasn't in the mood to climb right out of the start, so opted for the way-around trail route) and #2 (never saw the better trail option), but then pulled it together. A little bit of confusion at #9 when I couldn't figure out the trails and rides.

I felt fine physically, just slow on the hills. I also fell just one time...at registration! I tripped over the picnic table legs and went down hard, in front of an audience, of course. I skinned my knee pretty badly and it hurt during my run. I'm such a klutz.
Green - Splits

I went to Great Falls, VA, thinking it would be open with no fee, but no...it was closed. So I moved on to Riverbend. I hadn't been there for years since I'm not sure, but I don't think QOC has events there any longer.

It was a slow, easy run along the Potomac because the trails was alternately muddy and sandy. It looked like the heavy rains we've had this year has wreaked a bit of havoc on the park.

It was drizzling when I started, but as I reached the turning point, the sun broke through. 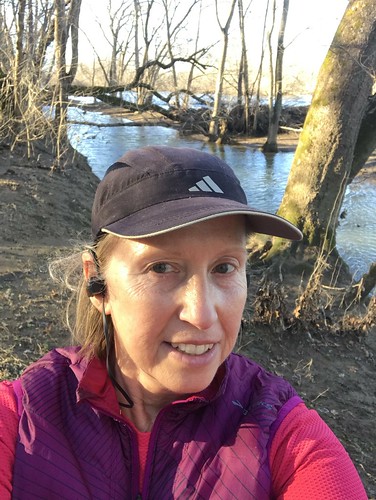 What a difference 1.75 years make. 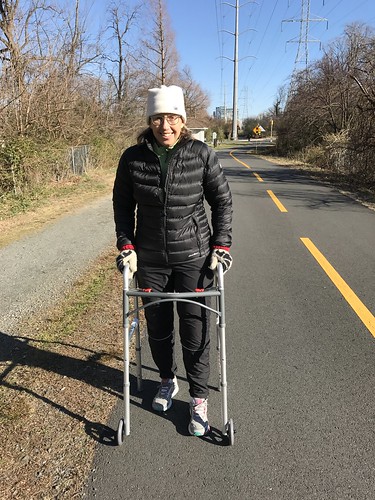 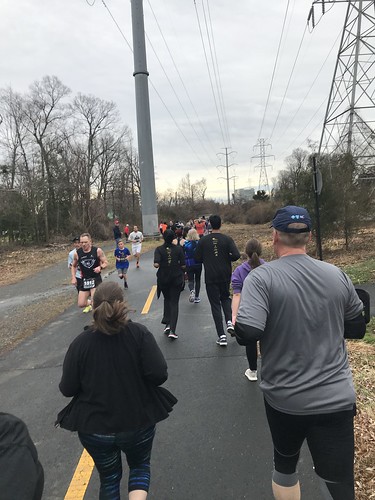 I had so much fun at the Turkey Trot 5K in Omaha that I thought I'd do another one. I had signed up for this before I got shingles, but I still went ahead and ran it since I paid for it. It didn't feel great, but it was nice to be out and get a run accomplished. I think I'm on the upswing.