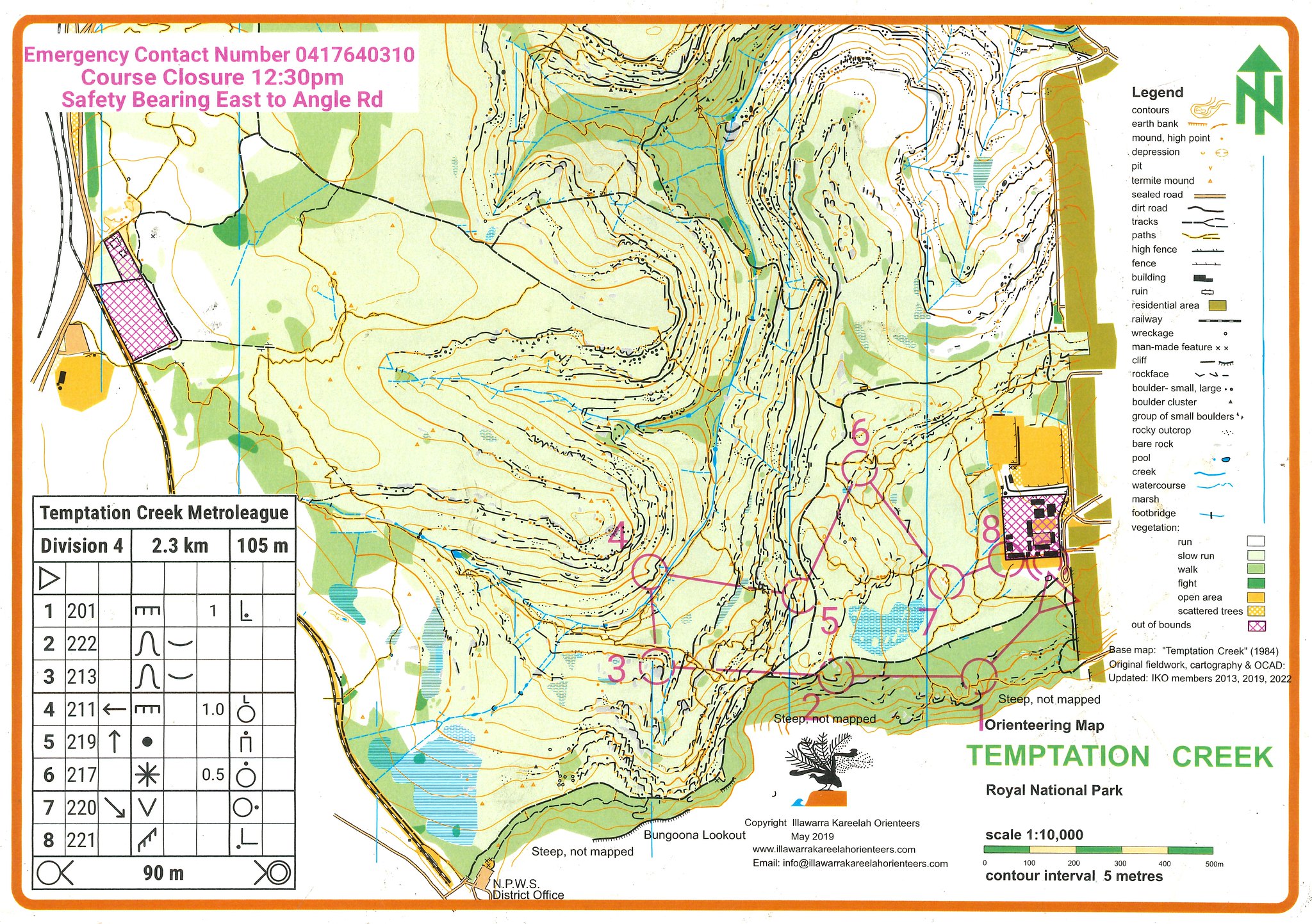 NSW Novice Cross Country Championship, Scarborough Park, Ramsgate. 11am-4pm. Some rain showers. 19°C.
Fewer races than in previous years: 2km, 2.5km, 3km, 5km (2), 10km, 4x 1km handicap relay. Positioned at the far southern edge of the course. Worked out well because I was close to some food stalls set up in an adjacent primary school which doubled as a polling station for the Cook electorate (Scomo). Reported a Bankstown athlete who had already finished for pacing his slower mate on his second lap (TR 6.3.1). Apparently both had being warned earlier in the lap. Referee Dave wanted to issue a formal warning to the pacee and give the pacer a yellow card.
Headlines: Last-ditch pitch for No.1 (federal election) / It's tough, but I have to look at where I come from. I couldn't move - Remember when you used to be normal Daddy? (Mose Masoe, league)

Rain.
Headlines: Labor banks on extra spend to fire economy (federal election) / Every hog has its day - Gus getting hands-on no Dogs dilemma for Potter (league)

Ti-Tree Trail<>Track to Nowhere, Berowra. A bit stop-start in the muddy areas. Tried to rearrange the rocks at a water crossing to make the next MTB ride a bit smoother. Tired on the later hills. 21°C. TE 2.9.
Relive: https://www.relive.cc/view/vXOdYd8GD46 (pic - track to nowhere)
Headlines: PM's pitch to young: buy home with super / Roy wonder - Why Andrew Symonds meant so much to Australian fans (cricket)