We signed up for this race 2 (?) years ago and it finally happened! I've been taking it pretty easy with training this fall so we decided to just go out for a fun day of finding flags.

We got maps and I planned while Kevin worked on finishing our gear prep. I originally planned a CW route (skipping some middle points to save climb), but after discussing with Kevin we landed on doing the loop CCW to hit the bonus map earlier and save the long trail legs for later in the race.

The race started with a prologue run to pick up your passport, which Kevin did while I waited at the S/F. And then we were off on a ~1.5 mile hike up a hill (on a trail) with the rest of the race field. Snagged our first CP and headed off on our planned route. It seemed that there were an unusual number of people around. Probably because it was a big race and we were just walking. Nice to follow others to the flag instead of leading them to it for a change! Things went smoothly until E. We tried to cut across to a trail, but got in some thick mountain laurel (or rhododendron?). Spent a while moving slowly through that until we finally came out to the intended trail. Then we stopped at the wrong trail bend to look for the flag. Finally got it sorted out. That was really the only navigational blunder of the day.

Shortly after that we arrived at M2 where we picked up the bonus map with 6 flags in a mountain bike park. I was skeptical of the map, but was able to move us through the section pretty smoothly. We saw a lot of lost looking teams in there. After we found the 6 flags we sat on a log overlooking a pond and ate our lunch. It was quite pleasant.

The rest of the navigation was uneventful. Kevin was spot on with his bearings and the flags were well placed. We did hear a rattle snake near W. The decent from Y to U was rocky and steep. Kevin was not a happy camper. When we were on our way to Q I noticed that we could hit K instead of P, which was more road than trail. Opted to do that and rounded out our route with a very long hike along a ridge and back down to the parking lot. Trails go by much faster when running.

Ended up finishing an hour early, but we didn't have any desire to be rushing back. Would have had the time for a couple more points. It was a beautiful day to be out in the woods. Started mid-40's and was mid-50's and sunny all afternoon. Couldn't hope for better in December. Fun day. I'm glad we made it out and now we have finally done a Rootstock race! 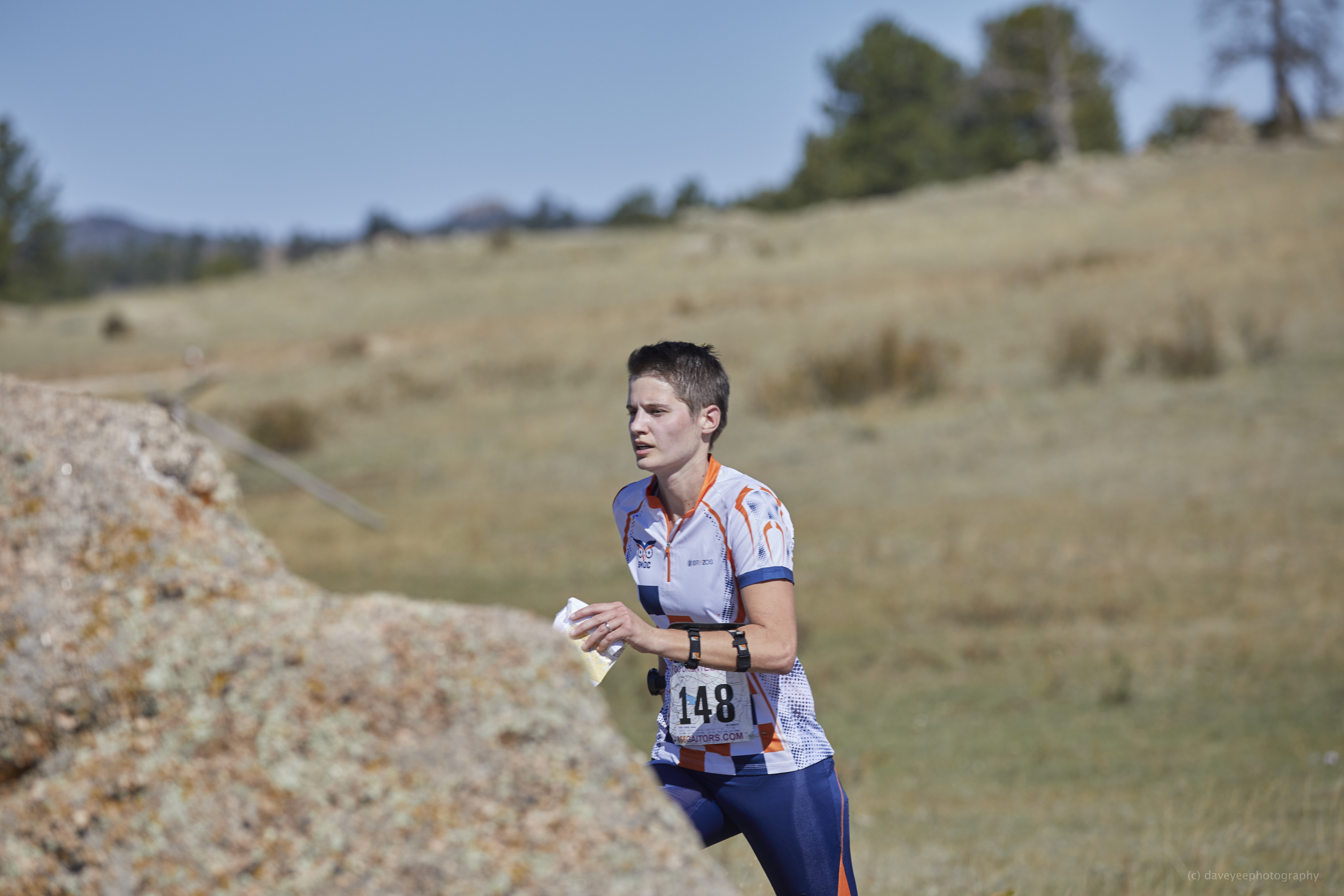