Discussion: Trimtex at the Olympics

Jul 25, 2021 11:56 PM #
EricW:
Anyone else get a kick out of seeing Trimtex's influential gold medal presence at the Olympics?
Advertisement
Jul 26, 2021 12:00 AM #
blairtrewin:
I assume this is a reference to the Norwegian triathlon uniforms? (which the Australian TV commentators seemed less than impressed by).
Jul 26, 2021 12:49 AM #
kissy:
I *just* went down a rabbit-hole while watching the triathlon, trying to figure out what was going on with those uniforms. And then saw they were from Trimtex! Blummenfelt spoke a little bit about the research that went into them in his post-race interview.
Jul 26, 2021 1:51 AM #
EricW:
Blair, I'm guessing the Australian TV commentators were even less impressed by the Pomme (sp?) and Kiwi in the Silver and Bronze positions.
Jul 26, 2021 2:12 AM #
bbrooke:
Uhh, wow. 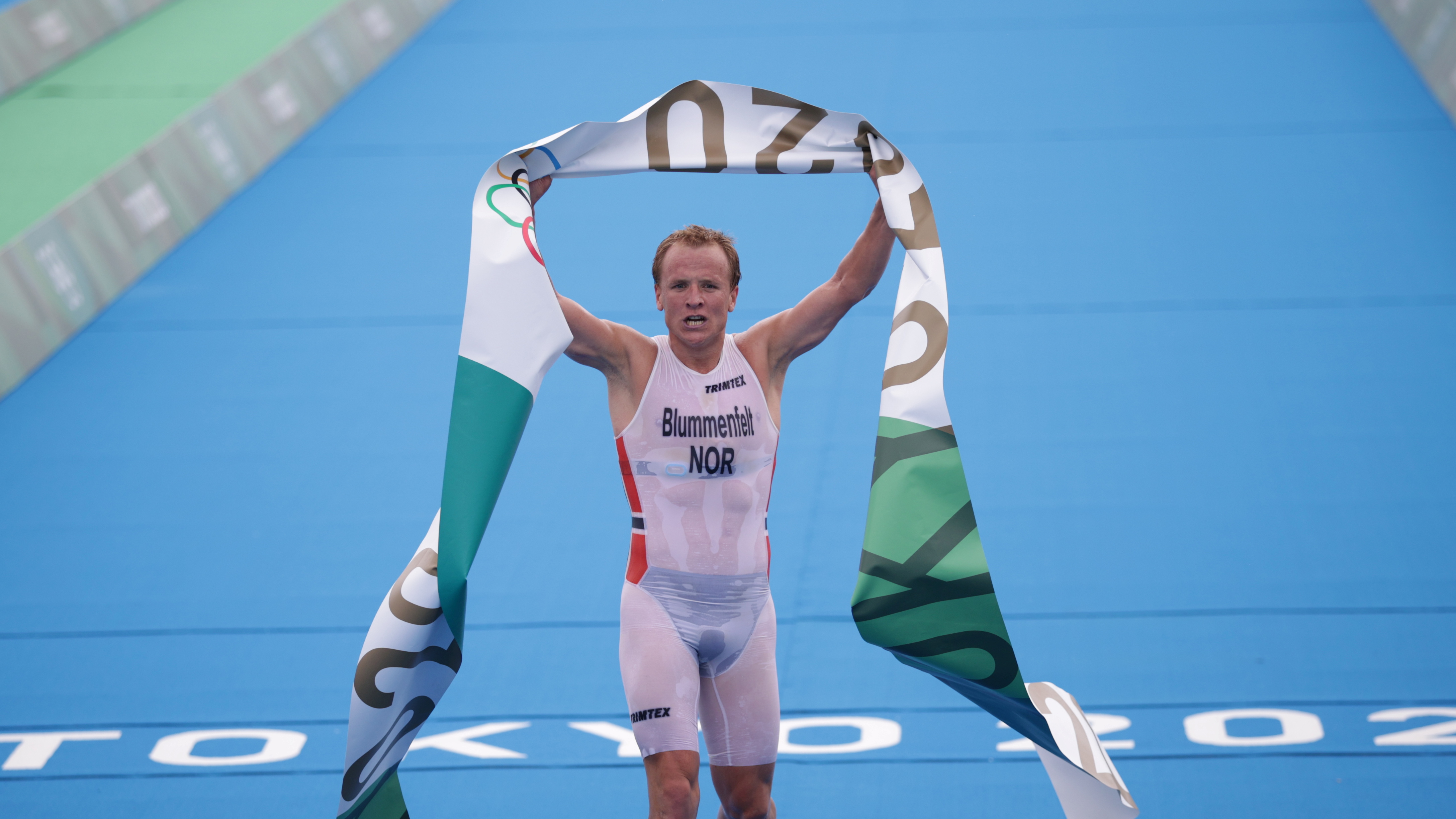 Our friend Barrie Shepley was one of the CBC commentators. When he said, "It isn't pretty" about Blummenfelt's final sprint, we were thinking he meant his running form but we'll have to ask him what he really meant! :)
Jul 26, 2021 4:01 AM #
jjcote:
To be clear, I'm pretty sure the speedo part is sewn into the outer garment.

Those are called budgie smugglers in Australian.
Jul 26, 2021 12:03 PM #
jjcote:
I'd heard the term before, but it appears to have more of a backstory than I realized. Pom is short for "pommy", that much is clear. It's likely to be related to "pomegranate", possibly because those arriving from England had red cheeks from sun exposure, or maybe through rhyming slang to Pummy Grant/Jimmy Grant/immigrant. Another theory cites the supposed acronym Prisoner Of Mother England. Most sources say the origin is unclear.

these days the spelling is usually "pommy" I think, but most Australians would not say pommy - it is generally shortened to just "pom".
Jul 26, 2021 12:15 PM #
robplow:
On further investigation it seems the Prisoner of Mother England theory is BS (although it is a widely believed theory - the only I had ever heard until today) .

Not long to wait if any women are wearing it because the start is at 5:30 pm EST.
Jul 26, 2021 7:59 PM #
graeme:
Carrying lime juice aboard ship kept them healthy
apple juice and pomegranate juice too?
Anyway, the word you're after is sassanach. Possibly beginning with b-l-o-o-...
Jul 26, 2021 9:20 PM #
djalkiri:
@jj I can’t do better than the ANDC, though jimmygrant doesn’t fit the regular pattern of rhyming slang (the “rhyme” part is too long, it should be just the ant bit, not grant); and I’d want independent evidence for the pronunciation of pomegranate as “pommygrant”.
Jul 27, 2021 1:21 AM #
jennycas:
'owyergoin' mate - orright? Wouldyer like a pommygrant? They're a bugger to spit the seeds out though if yer got a thirst drier than a Pommy's bath towel :)
Jul 27, 2021 3:50 AM #
robplow:
though jimmygrant doesn’t fit the regular pattern of rhyming slang

You can be pretty sure the Australian born people who came up with 'jimmygrant' were not too worried about the exact rules of rhyming slang.
Jul 27, 2021 9:18 AM #
Terje Mathisen:
I read a Norwegian interview with Kristian B after the event where he stated that (after having won and lost a few sprint finishes in world cup events over the last couple of years) he knew that both Alex Yee and Hayden Wilde had better running form and would outsprint him, so instead he had to try to pull away with one loop to go, and at that point neither of them dared/managed to follow him.
Looking at the finish video it seems obvious that the main difference, beside that running form, was that Kristian has that Petter Northug style ability to go absolutely all in, just collapsing over the finish line while the other two medalists seemed like they had more in the tank.
Jul 27, 2021 1:56 PM #
Terje Mathisen:
BTW, just after I posted my previous message my son came into my (home) office and told me that he ran with Kristian on one of his 10 k training runs while he lived in Bergen. The key point was that KB is an almost pure training talent, i.e. he can tolerate enormous loads without breaking down with injuries.
He used to be a swimmer who would train as as many hours as the swimming team was allowed to be in the pool, then when that wasn't enough for him he would run as well to put in more hours. With that background switching to tri wasn't that big a step, except basically nobody did tri in Norway at the time.
Jul 27, 2021 2:29 PM #
jjcote:
The reporting here said that his training volume is way more than anyone else's. That's how you get to the top! 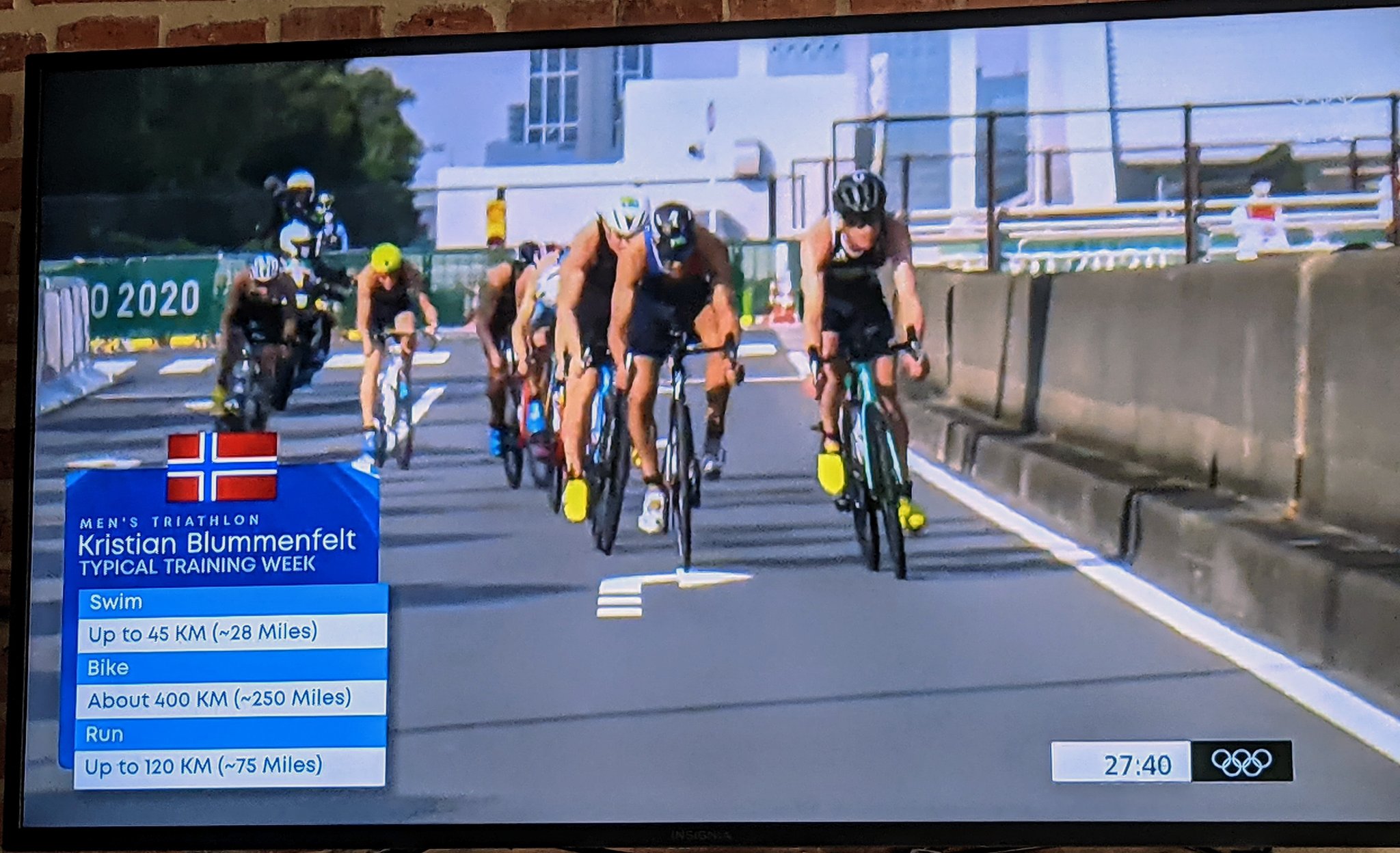