Mid-Atlantic Champs. I left before the calculations were finished, but from what I could see, Quantico got crushed by DVOA. We'll get them next year!

I ran the Brown course, and it wasn't my best run. Some of the fields still had long grass in them, which made it very difficult to run. I also learned early how bad the green areas were...my legs were a little bloody from the sticker bushes. I made a stream parallel error on #3. Other than that, I was just slow.

It was quite chilly today, especially when waiting the two hours between the regular courses and the relay. I have never been so glad for the seat heaters in my car on the drive home.

Also, I found a tick embedded on my leg while I was taking a shower after I got home. I thought they would have been gone by now, but I guess it hasn't been cold enough.
1 PM

This was a fun sprint relay course. I was on a team with Kathleen Lennon and Don Fish. I was originally supposed to run the anchor leg (the longest), but I was not up for that, so Kathleen was very nice and swapped with me. 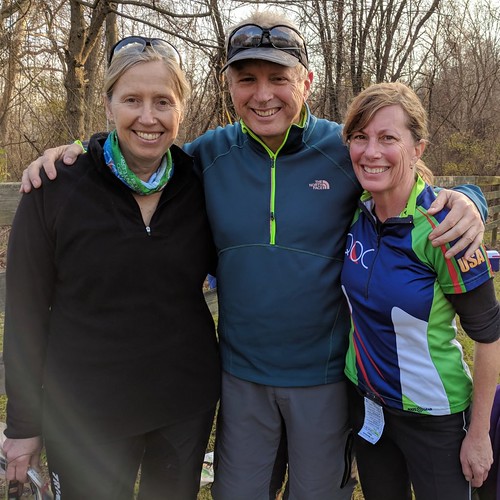 I had to go down to Stafford to see my orthodontist; the bottom wire that has been in place since I got my braces off had popped off on one end, and he had to reattach it. However, when I got there, he said that he could do that or put me in a different retainer for about three months to fix a drifting that was happening on my top and bottom teeth. After having gone through that whole hassle of braces, I definitely want to keep my teeth straight, so I opted for the more intense one. Luckily, it'll just be for 3 months.

On my way home, I stopped at PWF for a short run. It was slow because I could still feel the spinning class from Thursday. That class almost made me puke. And then I stopped at IKEA to begin stocking up for the julebord.
C • Puke precipice 1