Overall, I felt much better about this than yesterday's run. Less climb == yay!

I made a DUMB error at #7, costing me ~5 minutes. Looking at the map now, it looks so easy. My plan was to go to the saddle with the clearing, look for the reentrant to my left, and then head down along the side of the reentrant. How did I manage to screw that up? :-P

I deviated off my bearing on the way to #11, but that wasn't too disastrous; I corrected when I saw "Little Wing Rock" in the distance.

I also deviated on the way to #12, but using the trail / reentrant junction as an attackpoint actually made it easy to find the control.

I want to have orienteering opportunities like this every weekend!!! 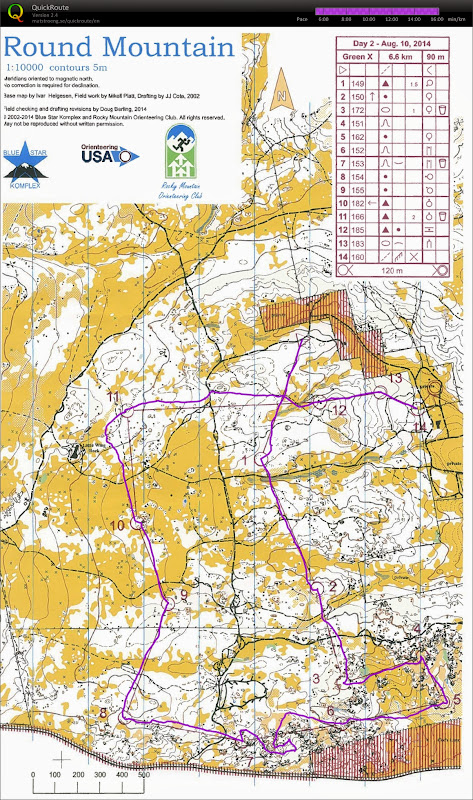 I started off with a "bang" by blowing it on #1. I actually saw the control flag from a distance, but I thought it looked like it was in reentrant rather than on a knoll, so I wandered off in a different direction. (And, actually, it was on a knoll in a reentrant, so I should have been reading the map more closely.) Sigh...

Things improved after that, and I probably benefited at times from seeing other people running in and out of controls.

I zig-zagged into #8, and then -- DOH!!! -- I set my compass backwards when heading off to #9 and I ran full-speed in the wrong direction until I hit a road. The infamous 180-degree error... I've done that exactly two other times in the past 14 years.

The rest of controls went OK, but I had already wasted plenty of time at #1 and #9 (~11 minutes total). Also, I was moving pretty slowly on the steep stuff, which there seemed to be a lot of. I never felt like I was 100% in contact with the map or fully confident of where I was.

But overall, it was lots of fun. 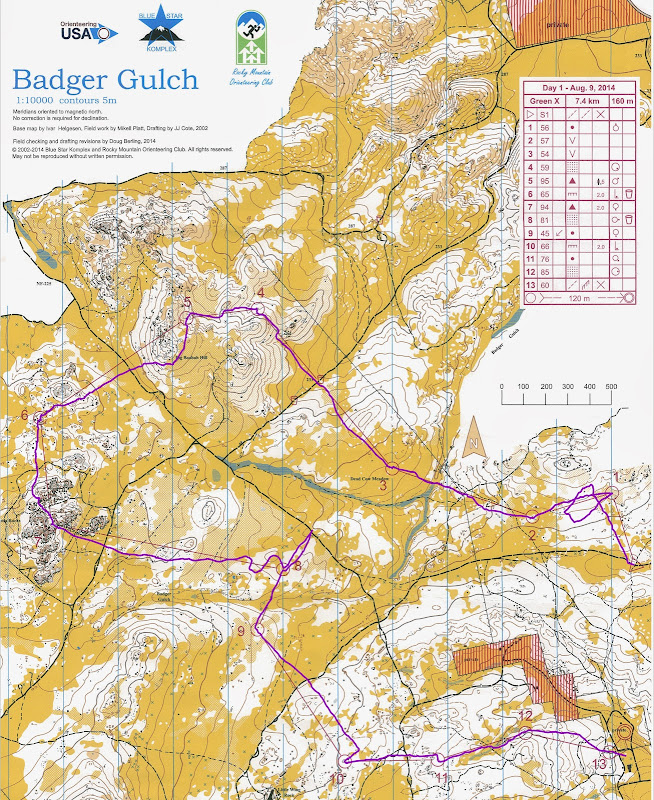 I had one bobble on one of the first short loops, but otherwise I was happy with my navigation. I navigated a bit on my own during the final loop, but having a pack of other runners all around made it a lot easier to zero-in on the control locations.

I squeaked in under the 30-runner cutoff for a crystal prize (28th). Yay! 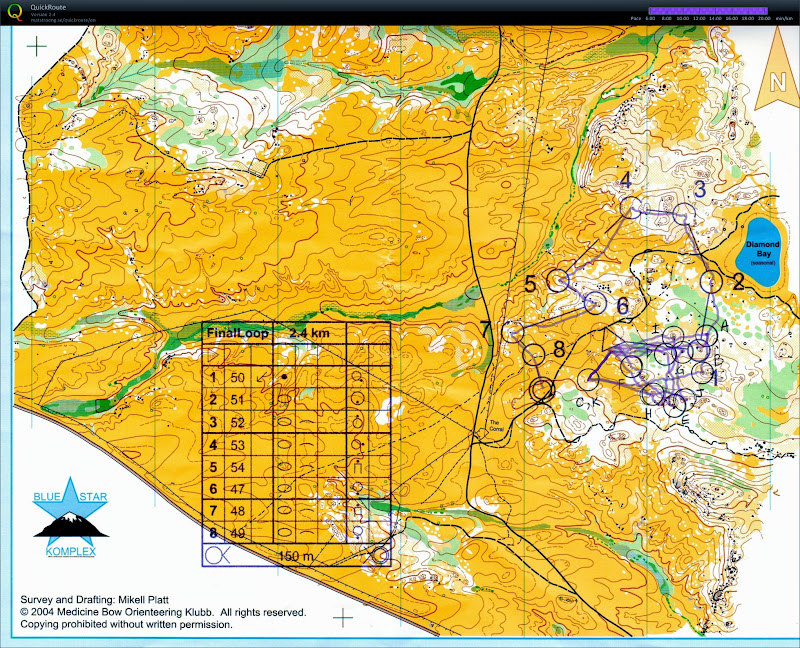 
I did the short course and ended up third overall. How did that happen?!? :-P

It's a little embarrassing to admit how hard I had to work to stay just ahead of a few people who are ~30 years older than I am...

There was a lot of pack-running (read: unavoidable following) in today's race. 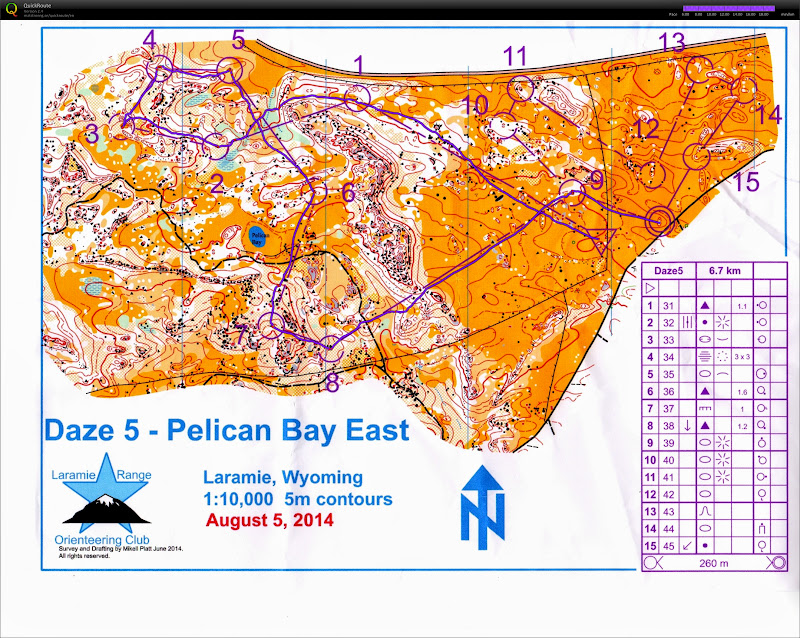