When you read that endurance peaks in the late afternoon:
= o
= |
= />
I'm rather impressed with this drawing, who needs arms anyway/

On a side-note, I checked my Strava fly-by and learned that on the way back home, I passed a biker who was 125 km into his 145 km bike ride. Like, this guy visited all the towns on both sides of the river. He was fricken everywhere. What does a legend like this even think when he's 125 km in and he sees little old me trotting along on the side of the road. Do you even think? Like, you've been on your bike for almost five hours and you're not even on the right side of the border. Good grief, you've still got a ways to go. What a unit.

Legs are sore, decided not to do a proper run

Didn't use a map and I was walking, sounds like a perfect excuse to use all my activities.
5 PM

I had the fortune to remember this morning that the car was totaled before I left, so I went out to do my things on a bike. It's a thirty minute bike ride to get to the outskirts of Hudson, but it's not too bad. I just wanted to get a haircut, run some errands, and hang out with friends.

As I'm getting on my bike, I check into the Great Clips waiting list for convenience's sake, and I'm off. It's about 15 km ride to the store. When I get there about fifty minutes later, I find out that I've been removed from the waiting list for taking too long. Like, damn, that's ruthless. When I signed in, it was an estimated 15 minute wait time, but when I got there the wait time had extended to 60-75 minutes of waiting. This means that the wait time was, at this point, longer than it took them to take me off the list. I sure as hell wasn't going to wait that long for a hair cut so I cut my losses and went shopping, but this is still pretty absurd to me. I couldn't check in at the beginning of my ride because they considered that to be too long, but I couldn't check in at the end without waiting a time longer than their definition of "too long". I would have had to get off my bike at some point in the ride to check in using data, which would have been a massive pain in the ass, but there's no way of knowing where I should have done this. I could have done it thirty minutes in, when I arrived in Hudson, but the wait time would have likely been beyond 45 minutes at this point and I still had twenty minutes ride to go, not to mention I would be doing this on a sidewalk somewhere. Ideally I would have done it twenty minutes into my ride, with thirty minutes left on my ride and about thirty minutes of waiting time, but I would have been stopped in the middle of a small, winding road with no shoulder and unenforced speed limits. I also could have waited an hour until the waiting time surpassed an hour, then checked in and started my ride, but I would still have an additional hour to wait, except at home instead of at the store. Plus, this was impossible because I had an arranged time to meet my friend. Now, I'm thinking of all of this in retrospect, which isn't very useful, but the struggles of getting a haircut are unreal.

Also, heading down Trout Brook Road, the resemblance to Denmark is absolutely unreal. It looks exactly like Silkeborg except with more undergrowth. The forested sections without undergrowth, though, were spitting images of what we saw in Denmark; I wish I'd taken some pictures. If only we had it mapped...
10 AM

Something about this climb just doesn't seem right. Same with the climb from the relay. Not sure if Strava is telling me the right numbers.

Not even the most straining activity today or tomorrow 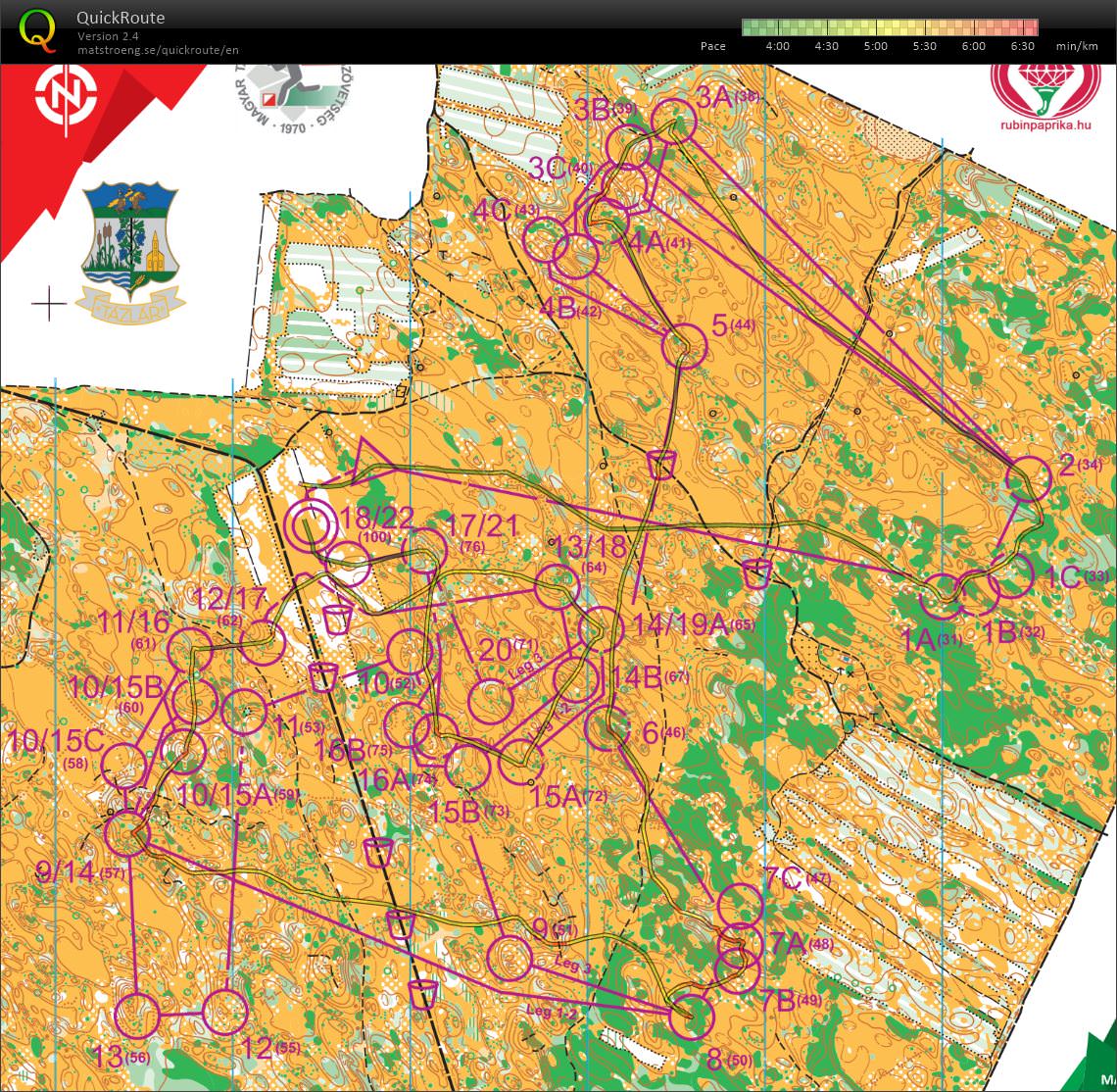 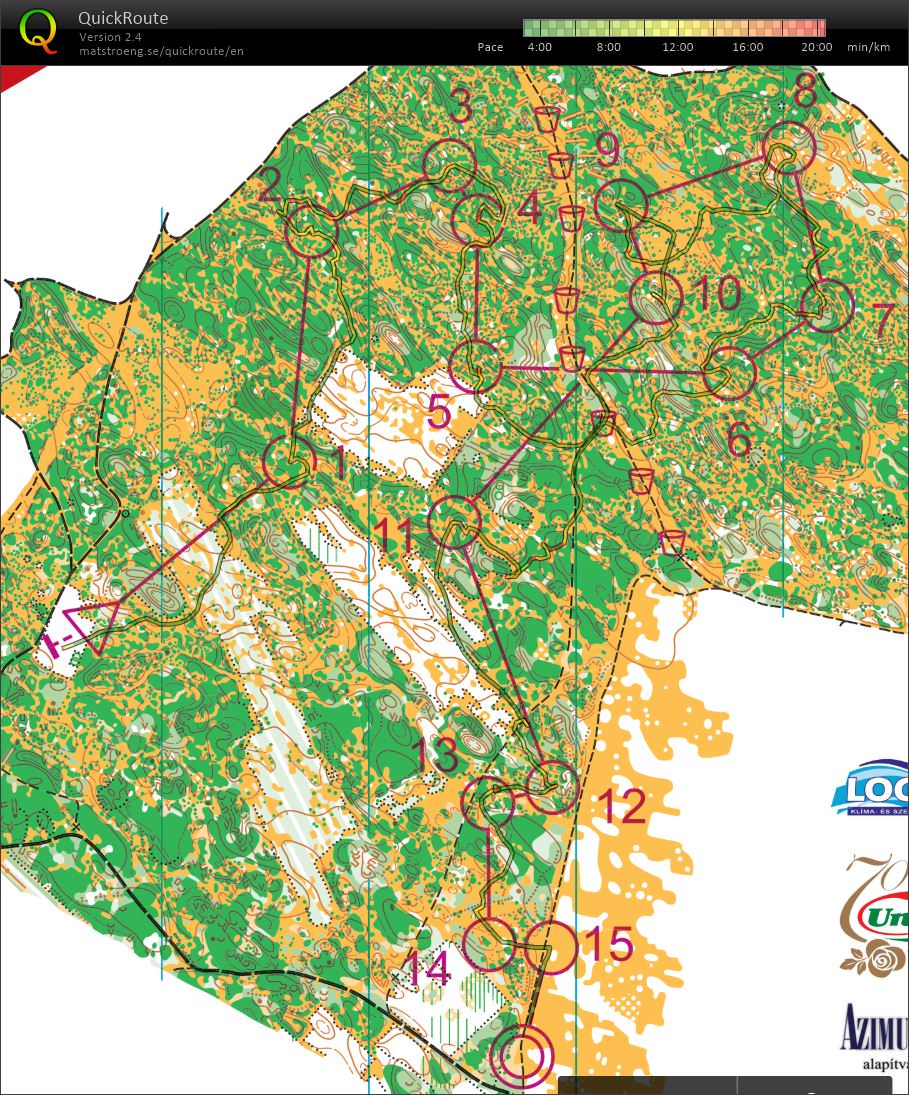 Analyzed my splits a little. I already knew about my mistake on the first control and knew I lost about a minute. Losing two minutes each on both 13 and 14 because of route choice error though is incredibly frustrating. The quality of my thinking just wasn't high enough. My pace was actually very good for all the other controls, but I didn't take the necessary time to plan enough when it mattered. 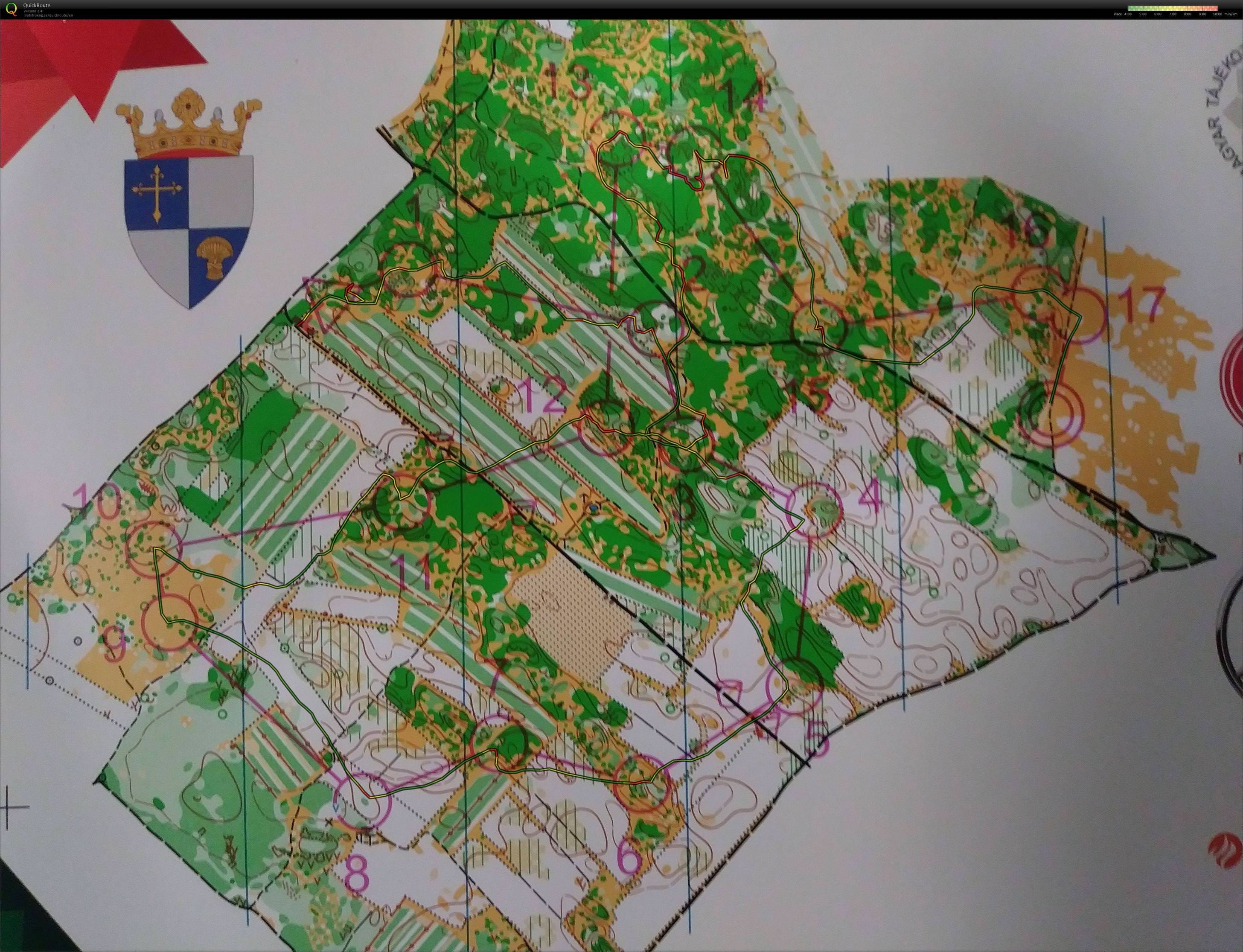 1: We've read corridors many, many times in training. I tried to read the green directional forest coming in from the left, and somewhat succeeded, but that feature isn't nearly clear enough, so I went through that small light green patch soon after the start. I know the accuracy of the mapping is by far high enough for me to be reading the forest to my left and taking the first proper opening I see. After I backed out of my mistake, I knew I'd lost a minute because the runner after me was hitting the start. From there, I read properly and entered the control without issue. Not enough focus heading into the first control, and I should know by now that I should be reading the corridors, as that has been one of my strong points in training.

13: I wanted to run through the green directional past two, but ended up in the corridor to the right exiting control. At this point this leg is perfectly salvageable, but I struggle to find the trail and end up on the other side of it. A little bit of time lost there. Much, much more time was lost in the second half, though. I should have taken the trail all the way down, used the trail at the bend, at the control would have been easy pickings. I read the yellow corridor that's a little more direct as much more runnable than it actually was. This was very low quality reading from me and resulted in extremely slow running. Two minutes lost. Looking now, I think a more viable route is to pop out to the right to the trail and basically trail it right up to close to 13. Quick running and I can read the mess that is the next few controls on the way.

14: I still need to get a copy of the map and Quickroute it because I'm not confident about the series of events that led me to screw this one up. I started out alright, hitting the open area, but the corridor is blocked off by a a dark green strip. This isn't too much of a problem, you can punch through it, but something went wrong before that. The main issue I had on this leg is that I didn't develop enough of a plan for what is quite a complex leg that has more green than is tasteful. I came out south of the control and struggled to relocate, but managed. I spent a lot of time in green crap though and lost a lot of time.

15: Adding this one as a bonus. I tried to bust out to the open green on the left of the line but got held up by dark green. I think I missed the corridor to the right because I remember being in an open area with the oval-like shape to the south-west of 14. Everything else about that leg was fine.

Main takeaway: More high quality thinking, reading, and planning, make the routes easier for yourself.
I can basically sum that up to 'more clarity'. 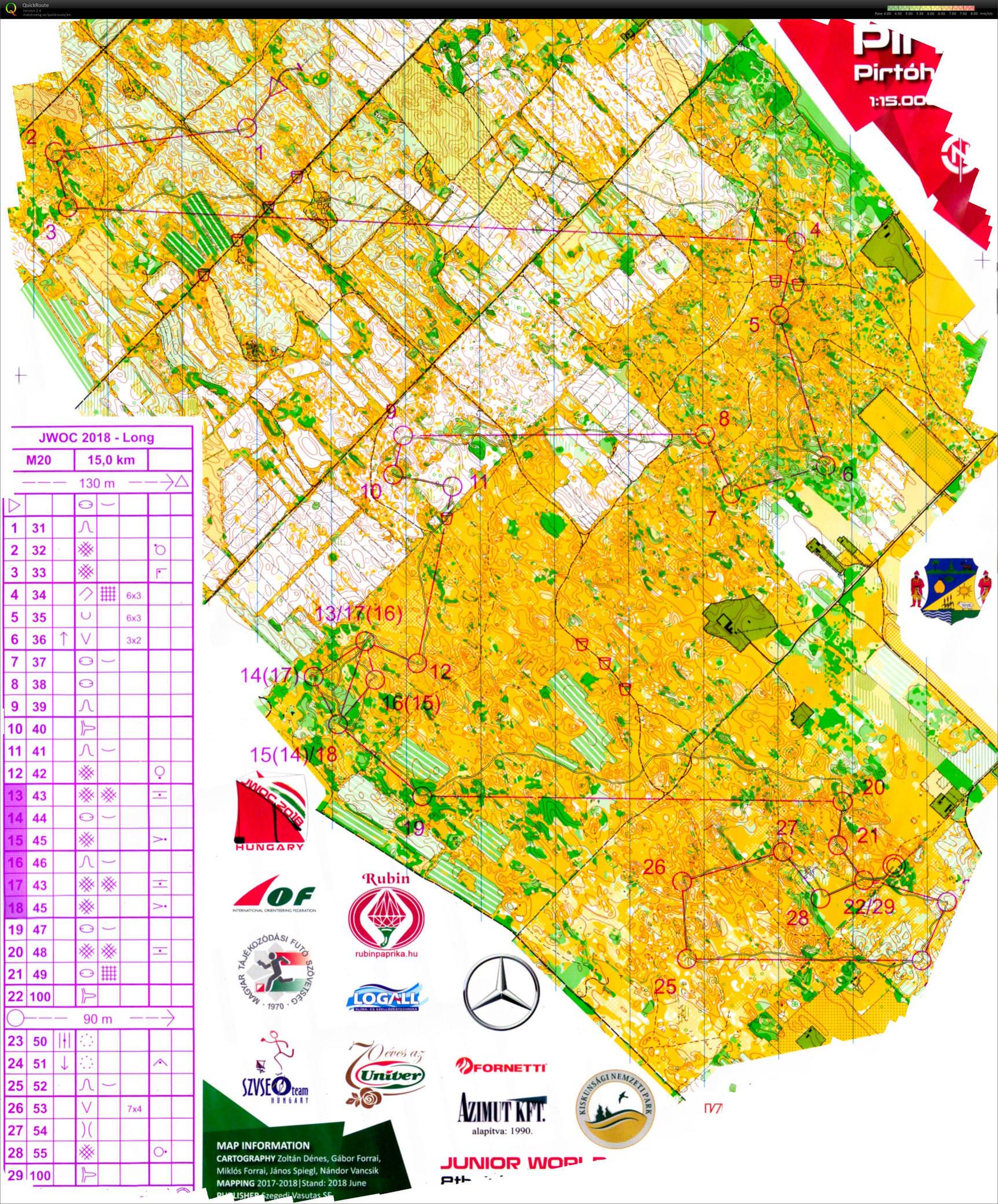