First headed to Gregg's to get a new pedal on my bike because I managed to crack one in half (which they gave me for free and installed in about 2min, thanks bike store guy) then headed to Big Finn Hill to scout for the upcoming WES event. I figured if I keep heading north and east I'd hit the Burke-Gilman eventually, but turns out I got stuck in a crazy residential street vortex where somehow every street went uphill and most of them looped back into a circle. I eventually had to admit defeat and consult a map.
6 PM

Back all the way down the BG and up my nemesis in street form, 3rd Ave NW.

Lakewood Summerfest "10k" trail race @ Fort Steilacoom Park. I ran this race last year in <35(!) - but it was not the same river race, and I am not the same man. Okay maybe it is the same race but I'm not convinced that it wasn't even shorter last year because I'm skeptical of my ability to run even a 10k that's a quarter-mile short in 34 and change, especially with hills and trails in the mix.

Anyway I didn't take GPS for that race so we'll never know. What we do know is that last year it was a lot cooler, and I had 2-3 bros to run with. This time around there were no bros, it felt hot as hell, and the first loop was okay but I hit a brick wall pretty hard on the way up the big hill at the start of the second loop. Extenuating circumstances (read: excuses) are that my legs weren't fresh, and my body had been doing some weird things digestion-wise since the run on Friday evening. Also yeah I was probably in better shape last year.

Went to get some lunch after the race and came back a bit later for the orienteering event. Took it real easy with a jogging/walking combo. I discovered at the Liberty Lake event in Spokane that I still find orienteering enjoyable even if I'm not racing seriously, which is a good thing to find out. Hopefully it means that if and when I decide to stop being competitive, I can still orienteer for the pure enjoyment of reading the map and finding controls.

At one point I came upon a mommy deer with two babies at a Y trail junction; as I approached slowly the mom and one of the small ones went right, while naturally the other small one went left, the direction I was about to head. So I end up reluctantly following this baby deer for 50m or so, all the time looking over my shoulder for an angry mother to come charging from behind.

Started getting tired and hungry in the middle of this (short) run, so clearly not well-fueled.

My team ever so fleetingly moved out of the cellar after the men's relay, only to fall right back down after the women's. I finish Fantasy WOC 2017 in last place, just six points behind Ken - whose team, I believe, was autodrafted the entire way. Soooo that's not a great look for me.

The good news is that after my Gallipoli of a sprint I was already 77 points behind the leader, and I finished only 95 behind. Moral victory.

Fantasy team for the Middle:

Though I was once again stuck at the end of the draft order, my men did quite well, largely due to Bergman and Hubmann fortuitously falling to me at 8/9. On the women's side, however, I was done in by mild underperformances from Hauswirth and Strand plus poor choices from a host of unappealing low-ceiling candidates in the third and fourth rounds.

Still in last place, but the weight of the relay has been inflated by the Powers That Be such that even I have a chance at a respectable final placement:

Again strong on the men's side, weak on the women's. 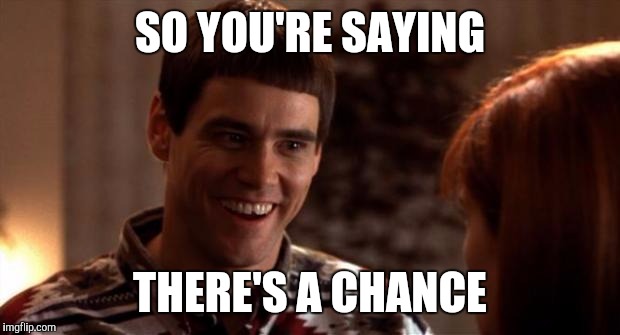 New watch in action! With built-in HRM! Easy jaunt to a friend's place and back to watch the big Seattle fireworks show over Lake Union.

Led by double gold from top picks Tove and Olav delivering on the hype, a great run from Fabian Hertner who outperformed his draft slot by ten places, and several other solid showings, my Long team was tops on the day - yet I did so poorly in the sprint events that I'm still last overall.
C • Watch 11

I've been trying to average 6+ hrs/week since I started training for reals again after TT (eight weeks ago); as of now I'm more like 5:43/week so I need to make up about two hours. In a related story I'm down to about 185-186. Gettin' closer to fightin' weight!
4 PM

Welp my team is dead last thus far, but hopefully with the help of drawing the top pick for the Long we can begin a comeback. Draft strategy: accumulate as many Swisscandis as possible.

I was stoked to see the name Einari Heinaro on the start list, because he's a Finn whose mom, dad, and sister live in the Seattle area and attend Cascade events pretty regularly. He was actually here visiting for 2-3 weeks in March, but I never actually met him because unfortunately the only event we had in that time was a crappy park night-o. Would've been awesome if he'd been around for some of our best stuff i.e. the Teanaway or Quincy two-days.